Albert Albertsson was awarded the Order of the Falcon

Albert Albertsson was awarded the Order of the Falcon on New Year’s Day for his contribution to geothermal utilisation. The award ceremony took place at Bessastaðir which is the official residence of the President of Iceland.

Albert has worked at HS Orka since 1977 and has been at the forefront of innovation and development at the company since the beginning. He has led the way in implementing this approach and the resulting work practices within HS Orka.

Albert has always placed a great emphasis on educating others and knowledge dissemination, not only in the diverse field of geothermal utilisation but also in the field of technology and environmental issues.

Albert’s co- workers would like to congratulate him on this great achievement.

The Icelandic Order of the Falcon is the highest honour that the Icelandic state can bestow on individuals, both from home and abroad. The order was founded by King Christian X on the 3rd of July, 1921 to award those who make a significant contribution to Iceland. 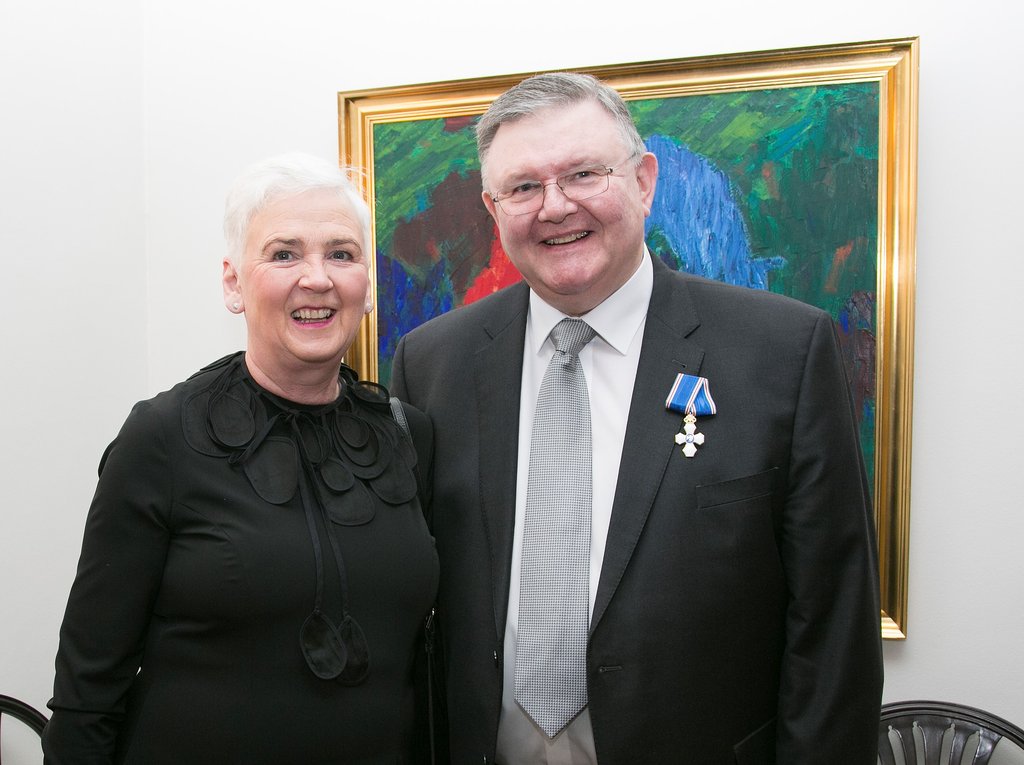 Albert with his wife Rannveig Víglundsdóttir